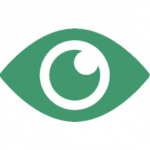 Vision of the Faculty

To be a leading centre of excellence in teaching learning, research and scholarship in the field of medicine. 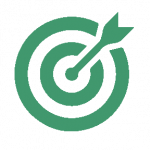 Mission of the Faculty

To be a leading centre of excellence which produces intellectual, competent, compassionate and dedicated health care professionals to meet the emerging needs of the local, national and international community

Institutional Objectives of the Faculty

Outcomes of the Medical Course

At the end of the MBBS course the graduate should:

In the beginning, the Pre-clinical course was conducted in the buildings of the Ayurvedic Teaching Hospital and presently the Unit of Siddha Medicine of University of Jaffna at Kaithady. The foundation for the building of the Faculty of Medicine at Thirunelvely was laid on the 29th of November 1979 by late Prof. S. Vithiananthan, first Vice Chancellor of the University of Jaffna.

The first batch was admitted on 8th August 1979 and they passed the Final MBBS examination in July 1983. The U.G.C is responsible for the admission of students. The Faculty has produced 2500 doctors up to November 2018.

Prof. A. A. Hoover, Professor of Biochemistry was the founder Dean of the Faculty of Medicine. Prof. A. A. Hoover with his forty years of University teaching experience was an asset to the Faculty in its formative years. Prof. R. Kanagasuntheram, an internationally renowned Professor of Anatomy was the second Dean of the Faculty.  He was responsible for getting endowment for Chairs in Orthopaedic Surgery and Oncology. Prof. C. Sivagnanasundram, Professor of Community Medicine, WHO Consultant, Novelist and Social worker became the third Dean.  He introduced several advanced teaching programs in the curriculum of his subject. Prof. K. Balasubramaniam, Professor of Biochemistry succeeded as the fourth Dean. He brought Biotechnology into the Faculty and the Link with Swedish University.  Prof. S.V. Parameswaran, a founder Member of the Faculty and Professor of Physiology held the Office of the Dean from July 1994 to July 1997 when the Faculty experienced the worst crisis due to displacement. Then Dr. R. Rajendraprasad, Head, Department of Anatomy, took over the Deanship and continued with the academic activities under several constrains.  Prof (Ms) V. Arasaratnam, Professor of Biochemistry, took up the Deanship and contributed to rebuilding the Faculty by successfully implementing the UGC policy of clearing the backlog and the internal backlog with the whole hearted cooperation of all the staff of the Faculty and Consultants of Jaffna, Batticaloa and Vavuniya Hospitals. Prof. K. Sivapalan, Associate Professor. Physiology succeeded as the eighth Dean and he held the Office of the Dean from August 2003 to September 2012. He continued to serve as Dean for nine years and it was a record as his Deanship period was three terms.  During his period the curriculum has been revised and implemented efficiently. Dr. S. Balakumar, Senior Lecturer and Head of the Department of Biochemistry succeeded as ninth Dean from September 2012.  During his tenure , the Hoover Auditorium was ceremonially opened by the Hon. S.B. Dissanayake, Minister of Higher Education on 14th June 2014, and the Examination Hall was opened by Dr. Sunil Jeyantha Navaratne, Secretary, Ministry  of  Higher Education on 09th April 2014.   He has made full effort to obtain the donation of land for the construction of five storied building for the clinical departments.